Ideally i was looking for a free and easy way to delete most if not all of my Tweets for one of my old accounts. Scouring the web i found many articles on how to mass delete my Tweets, but they all referenced the same two or so services. All of which seemed shady, but i gave a shot since reputable sites like Forbes and LifeHacker had recommended them.

The one service that was able to delete some Tweets, about 3,200 of them, was TweetDelete.net. It asked for permission to my account and automatically deleted the first 3,200 of the newest Tweets (all from 4+ years ago). It said it would do 3,200 every few days because of supposed Twitter limits, but when i kept my  account authorized with their service for a few days, the Tweet count stayed the same. It was time to look for alternatives. These alternatives all cost a minimum of $10 upwards of $30 a month just to delete Tweets! Nope.

I also used a typical tactic of looking up open source projects on GitHub and elsewhere (StackOverflow comments), but no project or solution was quick, easy to setup, and/or web-based. I didn’t feel like setting up and cloning my own python or PHP-based apps — the solutions i found. They were also dependent upon using my Twitter archive, which i wasn’t opposed to, but again that didn’t make the process quick, especially if i was going to have to do this mostly programmatically via the command line.

During my last searches when i was finally at wit’s end and ready to go the way of cloning one of the GitHub projects and going about it that way, i found gocardigan.com by Materiality Labs, LLC.

Cardigan uses your Twitter Archive, which i already had for several of my accounts, and accepted the fact that i would need to use this method anyway for whatever 3rd party service or if i rolled my own app.

So, i went through the process of uploading my archive with it’s 16,000-ish Tweets so i could see how much it would cost, and it was a whopping $1.98! Yeah. Sign me up. I was able to pay through PayPal, which if anything shady happened, i would be covered with a refund. Plus, at less than $2, i wouldn’t be out of any significant funds.

In case you are wondering about Cardigan or why one would want to clean up a Twitter account, here’s some stuff from their FAQ page:

Why would I want to do that?

Spoken words are usually quickly forgotten. But our online posts can resurface even years later. So there are several reasons why it’s a good idea to audit your old tweets:

You never know when some past tweet might come back to haunt you. Cardigan will help you prevent that unwanted attention.

Here are some screenshots of the service in action. I’m more than satisfied with the results! 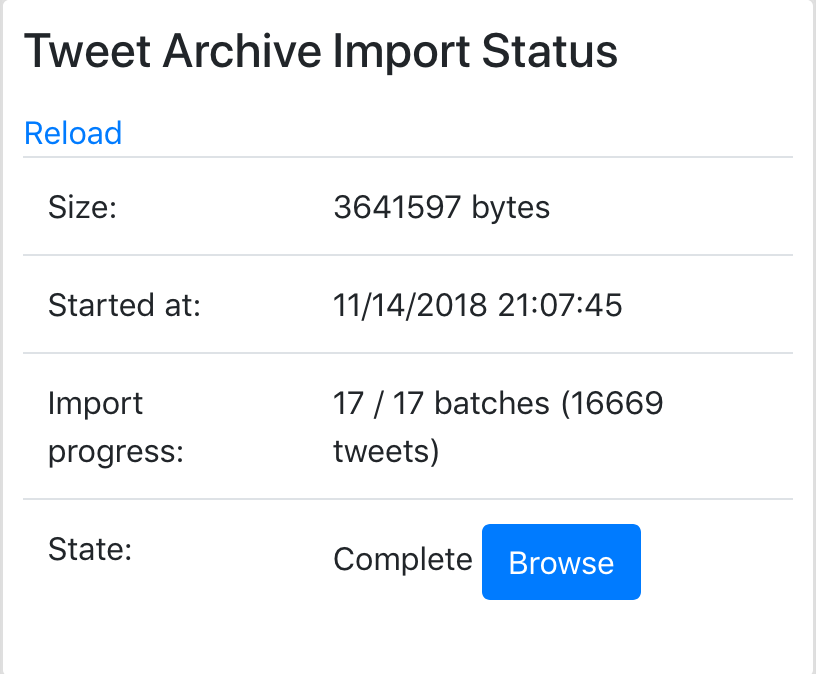 So, if you’re looking for a service to selectively parse through and delete your tweets, ReTweets, and Likes, give Cardigan a shot. Oh, and be sure to check out the apps that you’ve granted access to your account. I made sure to remove TweetDelete.net from my access once i started using Cardigan.